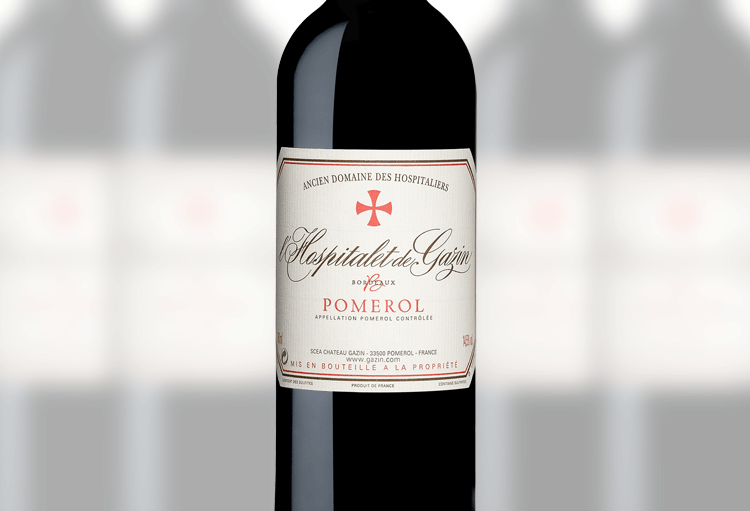 Château Gazin is situated on the site of the former “Hospital de Pomeyrols,” which was constructed in the 12th century by the knights of Saint-Jean de Jérusalem to welcome pilgrims on their way to St Jacques de Compostelle. The property is owned by the Bailliencourt dit Courcol family, descendants from the high lords of Landas, one of the oldest families of the Artois (north of France), whose crest they bear. The surname “dit Courcol” («known as Courcol») dates back to 1214, when Philippe-Auguste, King of France, congratulated one of the members of the family for his exploits during the Battle of Bouvines, calling him «court col» (literally «short neck»). The family motto became: «fut par vertu Courcol» (“became Courcol through virtue”).

Château Gazin is located on the north-eastern part of the Pomerol plateau, between Châteaux Petrus and Lafleur-Gazin, on a terroir of Gunzian gravel with a subsoil of blue and green clay with iron oxides. The vineyard is managed with an environmentally friendly approach: ploughing, organic fertilizers, minimum use of pesticides, mating disruption, manual harvests…

Traditional techniques and modern knowledge are applied in equal measure both in the vineyard and in the winery, to ensure consistent high quality and expression of terroir. After the manual harvest, the grapes are vinified in small concrete tanks before being aged for 18 months in oak barrels.

L’hospitalet de Gazin, the second wine of Château Gazin, has been produced since 1986 from the fruit of younger vines. An elegant, supple, charming wine, it can be enjoyed after just a few years in bottle.